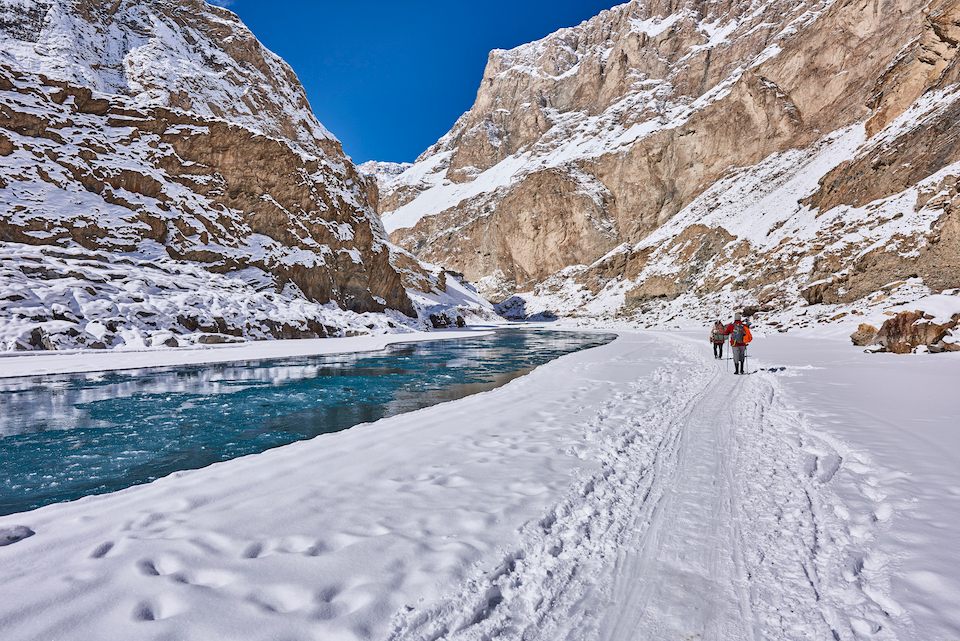 Chadar was traditionally used by the people of Zanskar to migrate up & down. Those days there were no roads & Chadar was the only way to move up & down. Kids from Zanskar studying in Leh would come back home when the Chadar would form for the winter & go back before it would melt. This trek involves mostly walking on ice sheets formed over the flowing water of the river Zanskar, which connects the Zanskar valley to the Ladakh region and its people. Chadar was also used to transport goods & general commodities and was the only way for Zanskar to connect with the outside world. The Chaddar is the pride and prestige of the Zanskari which connects them to people of different cultural and traditional background which would traditionally allow them to exchange life saving techniques during the harsh winters when temperatures goes down to -40 C. Zanskari people praise the Chaddar trail rather than complaining to the Almighty about remaining isolated from the rest of the country, because it gives them an opportunity to spend most of their time with their family and friends, cheering Local butter tea and playing local games during winter. The Chaddar also gives them an opportunity to generate income and earn a livelihood. The Zansakri feel pride in leading the trekkers over the Chaddar, which also makes them the finest guides in exploring and experimenting with new and challenging routes. The Zanskari will tell you the mountain ghost stories and the deities which protects the Zanskari from failing during the winter harsh climate. These days there is a road which comes into the Zanskar in the summers but if you walk the entire Chadar you will see the importance of the frozen river for the kingdom of Zanskar.